A CNN crew was threatened by Taliban fighters with AK-47s in Kabul after the group took over Afghanistan.

CNN footage exhibits Clarissa Ward, the outlet’s chief worldwide correspondent, strolling down a avenue in Kabul along with her crew, trailed by Taliban members.

She tells the digital camera that “these Taliban fighters are somewhat upset with us, so let’s hold going,” and notes that the crew determined to go away the realm and go to their automobile.

In a voiceover, she factors out how one fighter may be seen taking the security off of his AK-47 as he pushes by way of the gang.

Ward tells the digital camera: “You possibly can see that a few of these Taliban fighters, they’re simply hopped up on adrenaline, or I do not know what. It is a very dicey state of affairs.”

“Abruptly, two different Taliban cost in the direction of us,” Ward says in voiceover narration.

The digital camera footage is jerky and pointed on the floor because the crew react.

“When the fighters are informed we have now permission to report, they decrease their weapons and allow us to go.”

This was simply the second time Ward described her crew being threatened by Taliban fighters.

In one other report on Wednesday, Ward stated that two armed Taliban fighters got here as much as her producer, Swails, whereas he was taking video on his iPhone, prepared “to pistol-whip him.”

“We needed to intervene and scream and it was truly one other Taliban fighter who got here in and stated, ‘No, no, no, do not do this, they’re journalists,'” Ward stated. 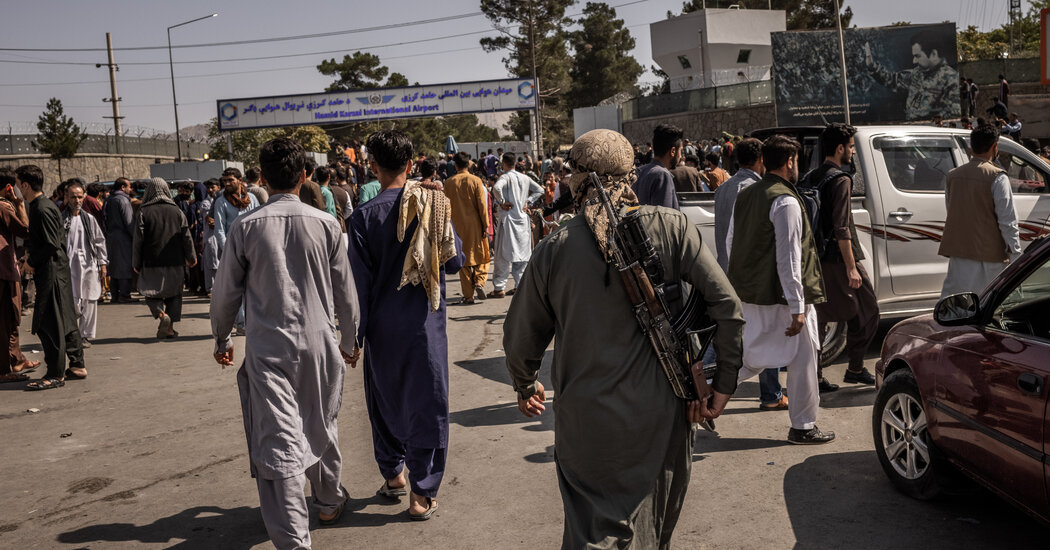